I was woken by knocking on the office door. I felt rough as a bear’s arse, my head was thumping and my mouth was drier than a desert. I gingerly sat upon the sofa, my knickers were hanging off one ankle and my skirt was around my waist. I looked across the Rolo my faithful dog who looked down then rested his head on his front paws as if to say it’s nothing to do with me. There was another knock on the door. “Just one moment,” I shouted, my head nearly exploding. I pulled my knickers off my leg and pushed them under the sofa and stood up. There was an empty Whisky bottle and an ashtray full of cig dimps on the coffee table. Never again I thought as I walked to the door and opened it. Stood there was an elegantly dressed woman. “Good morning and what can I do for you?” I asked my head still spinning. “Are you the private investigator?” she asked? “Yes, I certainly am, Jane Marlow at your service,” I said in my best to toff’s voice. I took her into the main office, I was sleeping in the back office. “How can I help you?” I asked as I took her real fox fur coat? “Well, it’s rather delicate,” she said, sitting on the only other chair in the room. “My names is Lady Alison Cartwright-Smythe,” she said. “My friends call me Ali but you can call me madam.” Fuck, that put me right in my place I thought. “My husband is having an affair and I want you to provide evidence, Jane,” she said. “Well, I don’t really do divorce cases,’ I replied. She reached into her bag and put an envelope on the desk. “£10,000 for starters and another £40,000 when you have finished your investigation.” She put another envelope on the desk. “That is £5,000 for expenses and theres more if you need it.” My arse nearly dropped out. 50 grand just to find out if her old man was shagging around with some bimbo.

I'll take the case,” I said. ,”I thought you might. He has an apartment in Belgravia and we have a cottage on the coast. I live at Bingham Hall, just out of London.” “Do you have a photo of your beloved,” I asked sarcastically? She handed me a photo of a man, late 40s, early 50s. He looked in good shape, just a little grey on his temples but that made him look, well, sexy. “He’s a keeper,” I said. She looked at me with distaste in her eyes. “Whatever,” she replied. The bitch left and I decided to go to my flat just around the corner to freshen up because I stunk like a cesspit. Rolo and I walked to the flat. I was pissing down and having no coat in was soaked through by the time we arrived. I stripped off and got in the shower. Rolo joined me because he liked having his body washed with shower gel. Rolo sat there patiently while I soaped my body, his tongue hanging out of the side of his mouth. I washed my pussy which got me turned on. Roll watched me, his tail wagging, waiting for me to soap him. When I had finished cleaning myself I started on Rolo. I started the showerhead on him then put a small amount of shower gel on his head and slowly spread it all over his coat. He does like the attention and when I had finished his head and back, he lay down and rolled over for me to do his belly. “Sorry babe,” I said. “Work calls but maybe tomorrow.” He loved me washing his tummy because I also washed his cock and balls too. I got out of the shower and dried myself while Rolo shook the water off. I would dry him with his special towel when he stopped shaking. We went into the bedroom and Rolo jumped on the bed expecting his after shower romp, not much about sex but a cuddle and kiss that bonds them.

Sorry mate, I’ve got to go out but we will do something special later if you are good. I kissed his nose and bent over to get a pair of panties out of the bottom drawer. Rolo jumped off the bed and licked my exposed pussy, something he had never don’t before. Or had he? I suddenly thought about my state of dress earlier and how he just looked at me all innocent. “Not now,” I said and choose and pair of my cotton ‘poorly' pants, the reason will become clear later, a sports bra, to hold me firm. The my black tracksuit with the hood, black trainers and my black hooded coat. I dressed then fed Rolo. I checked my smartphone was fully charged and my throwaway phone was too. I picked up my keys and went to my car. Nothing special, you can’t be flashy in my line of work. I drove to the address she had given me and parked a few doors away on the other side of the road. Fuck, how the other half lives, I thought. This lot won’t need to wait to get paid. Money to fucking burn, I thought. Then I remembered the money Misses posh bitch had given me, so it’s not so bad. After about an hour the target emerged from his pile and got into a taxi. I followed, at a safe distance of course. He stopped at some posh men’s club in Mayfair and was greeted by a guy whole looked like he could look after himself. The typical heavy, shaved head, black suit, white dress shirt, black bow tie, shiny black shoes and huge hands that when he made them into fists, his knuckles almost dragged along the ground. Well, I’m not getting past him I thought so I drove around the corner and parked up. Running parallel to the street where the club was, was an alleyway. Perfect I thought and made my way until I reached what I thought my be the back of the club. There was a metal fire escape that went to the top of the building with a metal walkway on each floor. I walked into the yard and quietly climbed the steps. I walked along the first floor. Seeing it was winter the light outside was failing fast so the lights inside were on revealing some startling things that the rich and famous got up to. Thought the first window, men in dinner suits were eating expensive food, served by scantily clad young women. The men weren’t shy at touching the girls in intermate places.

I got an idea and took my smartphone out and started taking pictures. I moved to the next room and got the shock of my life. MPs from all parties were getting fresh with each other. Party lines were crossed. They were kissing and touching each other, many in a state of undress. Shit, I could make an absolute fortune selling these to the tabloids I thought, my pussy was starting to leak. Moving on, I saw many things like the Head of the Met being shagged by the PMs 19-year-old daughter with a strap-on dildo. I reached the top floor and bingo, I spotted my target. He was naked and was bending over a naked woman lying on a table, snorting lines of Columbian marching powder. Other people were having sex or popping pills. My bank balance was going up like a rocket on bonfire night. They stopped and then two naked young men were brought in. The target went over and kissed them both, fondling their cocks as he did so. They walked to the table and the young men knelt down and started sucking the targets cock, which wasn’t small. He stroked their hair and was talking to them but I couldn’t hear what they were saying. One of the guys stood up and lent over the table and pulled his butt cheeks apart. The target went up to him and without any lube or anything, slammed his cock into this poor guys arse. He flinched but the target was relentless. The other guy went behind the target, pulled his but cheeks apart and started licking his arsehole. The target quickened his thrusting, much to the horror of the guy he was shafting. After several minutes the young men swapped places and the target was equally ruthless with the other guy. It looked like he was crying. Again, after several minutes he pulled out of the guy on the table then forced them both to lick his cock clean. Yuk, that can’t be very hygienic I thought. He kissed the two guy and they left the room only for a naked woman to enter, with two huge dogs on leads. The target dropped to his knees and put his elbows on the floor. The dogs were led to him and they sniffed and licked around his arsehole and balls. They looked very excited. The woman released the dogs and one mounted the target. It was obvious what was going to happen. The woman grabbed the dogs cock and guided it towards his hole. I was merrily clicking away on my phone when the other dog saw me and jumped up at the window, barking. Fucking hell, I said and turned my phone off and slide it in my panties. I ran down the metal steps and into the alleyway. I looked back, nobody following so I was relieved. As I ran out of the alley, my face collided full on with a fist and everything went black. 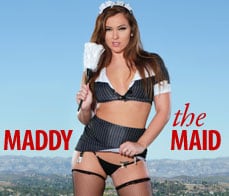