The time came for me to go meet the breeder. She tried to sell me a puppy but I paid extra for the adult male. Once back at the apartment Sampson sniffed and sniffed. I allowed Sadie to meet him. They got along great. After the newness of Sampson wore off Sadie jumped on the couch next to me. Sampson was a bit unsure of what to do as he had never been an inside dog. He curled around my feet. Sadie stretched out and her pussy was fat and tempting. I pulled my cock from my shorts and stroked myself while flipping through dog porn on my burner phone. I found a video of a man and his dog fucking a chick. Watching the dog jackhammer her asshole while the man slid in and out of her pussy made me stroke faster. My movement awoke Sadie. She bent her head around and get long pink tongue lapped her pussy. I wondered "is she getting her pussy ready for her daddy?" I set my phone on the table and moved my free hand to Sadie's pussy. I slid a finger inside her pussy. She was hot and wet. I added another finger inside her. I stroked faster. Sadie began to pant. This got Sampson's attention. He stood and started sniffing my cock and then Sadie's pussy. I pulled my fingers out of her pussy and Sampson started licking my fingers. My cock shot a little cum as I become even more aroused. I slid my fingers back into Sadie's pussy. I shoved them deep and wiggled my fingers. Feeling her wetness coat my fingers I continued to stroke my cock. I pulled my fingers out of her and offered them to Sampson. As he began to lick my fingers Sadie turned and started licking them too. Watching these 2 dogs tongue kiss each other as they cleaned my fingers made me cum.

I groaned as I shot cum across my stomach and thighs. Both dogs wasted no time cleaning up their daddy. Feeling their tongue licking me kept my cock hard. I remembered reading that with male dogs you need to establish dominance. I slid off the couch onto the floor. I reached between Sampson's legs and felt his cock still sheathed but hard. His fury balls were heavy. Sadie jumped off the couch and began to sniff my crotch. I squeezed Sampson's cock. I slowly moved my hand back and forth. Sadie began to hump her hindquarters. I knew I had to establish my role with Sampson but I know how good Sadie's pussy feels. I've never fucked a male human much less a male dog. But I was going to tonight. I kept stroking Sampson cock but I moved my other hand to Sadie's pussy. She was hot and fat. Her wetness enveloped my fingers. I held my hand still as she moved her hindquarters. I had one hand on each of my dogs. Jacking Sampson and fingering Sadie. Sampson began the hump his hindquarters. I knew I needed to teach him I was the master. I pulled my fingers from my girls pussy and rubbed her pussy juice on Sampson's asshole. I pushed up on my knees and I pulled Sampson back into me. He turned his head and began panting he was clearly confused being the dominant male who bred all the other dogs. I pushed the tip of my cock against his asshole. As it opened slowly my cock sank in deeper.

"Fuck boy you're tight" I moaned as I pulled him more on my cock. Sadie began to whine and tried to sniff my cock as I fucked Sampson. I pushed her away and snapped "No. Bad girl". She circled and laid down next to me. She began panting louder as she watched me fuck Sampson. Sampson turned and tried to pull away but I held his hindquarters. I pumped deeper with each thrust. My cock stretched the folds of his virgin ass. "Good boy.... staaaay" I spoke calmly but stern. He was tight. As I fucked him I felt my balls smash against his fur. I began to pound harder, faster. I held his tail and pulled him back as I ground against him. I grunted and arched my back as I came. My cock throbbed and filled his ass with cum. I released his tail and my grip. Sampson turned and started licking his asshole as my cum leaked out like a stream. Sadie jumped up and started licking my cock clean. Her tough hit tongue licking my sensitive head made me moan it felt so good but was so intense. I reached and started rubbing Sampson telling him "good boy" as Sadie moved her tongue down my shaft. I sat back and smiled at how fucking hot it was and will be. 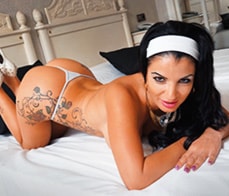 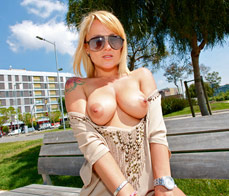