I'm Jeffery 62 now retired and a widower, I've 2 grown children both with their own families. I decided to retire after the death of my wife Joanna in early 2020 (stroke), that prompted my decision to retire. I sold my home and downsized to a smaller home in a retirement village. I was content doing my own things, building furniture is a hobby I've had for years and I've built 2 dolls houses for my granddaughters. I made a chess board table for my son Jeffery as he loves the game and so I made a special chess table that is his pride and joy. After it was finished instead of just staining it, I took to a specialist who gave it a French polish and it turned out great. I've a double garage at my new home and use half of it for my woodwork. Since moving into the village I found there are 3 or 4 women to each man. But most of the men and women aren't as active as I am.

But there are a few nice looking women, some are married and some without a partner. I met Alice 65 widow and she lived with her sister Joy 63 and they are both very nice to look at and to be with. I was told by others they were lesbians shortly after moving in as they live together and didn't mix with the local men much. So they all thought they were lesbians, they aren't. The men that were there were married and Alice and Joy didn't interact with them, when their wives weren't with them. On my arrival and me being single as it were, that's a different story. They would come over with cakes and other treats and I was like honey to bees. I could say I'm handsome, but I'm average in build and looks. They were very nice and we got on very well together, but not as well as when the lockdown started due to the pandemic. No visitors allowed into the village from outside, except medical and special trades people. But the villagers could still mix freely, Joy and Alice would come and watch me making things and talk with me and even cook my meals for me. I was attracted to both, but didn't know which to approach first without upsetting the other. Joy approached me and straight out asked me about sleeping with her, I was willing to do just that. But said I wouldn't want to upset Alice and Joy answered well we could have a threesome. I was surprised and then Joy added it would be much better than just Alice and me pleasing each other. I nodded more in surprise than agreement. Joy then said I'll go and get Alice and then she left. Joy and Alice returned and we all went into my home and had sex for the first time, sex between us became so regular that one or the other was always at my place. 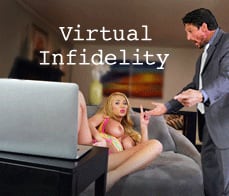